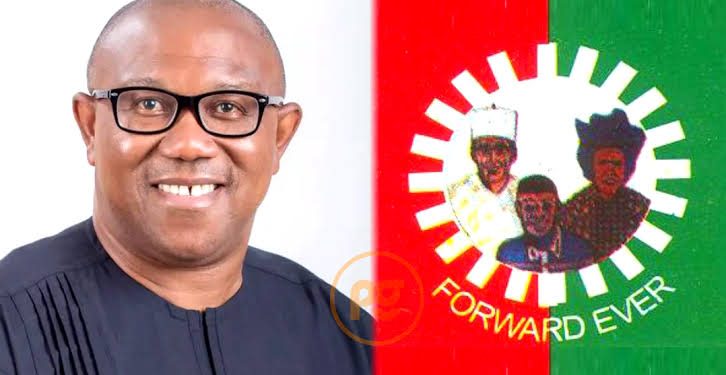 Peter Obi, the Labour Party’s presidential candidate, has been guaranteed a sizable vote by the Nigeria Labour Congress (NLC).

The NLC asserts that it would organize its members in each Local Government Area of the nation to cast their votes for Peter Obi, the Labour Party’s (LP) presidential candidate, in the 2023 elections.

Ayuba Wabba, the president of the NLC, issued the promise on Monday, claiming that the workers’ union will cast no fewer than twelve million votes for the LP to unseat the country’s leaders, whom he referred to as failures.

Wabba criticized the situation of the country under the current administration and past leadership as he spoke at the opening of a two-day Labour Party national retreat.

Wabba said this at the Labour Party Retreat entitled: “Nigeria at a Crossroads; Labour Party as the only option,” the National Chairman of the Party, Barr Julius Abure said they are out to redefine how politics should work in Nigeria.

He reiterated the dismissal of views that the Labour party has no structure. “We have structures. Human beings are structures. We must activate it. We are activating all our structures in all the 774 LGAs and we have over 12 million members that will vote,” Wabba said.

National Chairman of the Party, Barr Julius Abure, also said they are out to redefine how politics should work in Nigeria.

His words: “We have had successive failed leadership. Nigeria is a country that is richly blessed. All we need is effective leadership for effective performance.

“What is worse now is insecurity, hunger and children are home without schools. It is obvious that something needs to be done if we must not continue this way.

“I am proud of Nigerians who have identified with the party and they are waiting for a change not as it happened in 2015, but a change to change bad things.

“From all fronts, people are joining the party, forming structures, donating offices and cars and it is unprecedented. Let me appeal to our people from the trade unions that history has put it in our hands to change the country. This labour party project, especially in 2023, if we do this, posterity will be in our hands,” Abure said.

Legal luminary, Femi Falana, SAN and guest speaker, said the Nigeria Labour Congress (NLC), the Trade Union Congress (TUC) and other affiliate groups which he said have the largest structure most mobilise Nigerians so that they can take over power.

Falana’s comment accentuated the view of the National President of the NLC, Comrade Ayuba Wabba, who said their 12 million members will activate their structures in all the 774 local governments for their candidate Peter Obi.

Presidential candidate, of the Labour Party, Mr Peter Obi, who launched the free membership card of the labour party, said they don’t want people to pay to become members of a party they already owned.

“We want to build a party where everyone who wants to be a member is allowed to do so without paying money, the presidential candidate stated.

According to Obi “the 2023 presidential election will not be based on a turn, religion or party but competence.

He continued that “My job here is to listen. The job of the leader is to solve problems, not to give excuses. If they were doing good, you wouldn’t hire me. I want to start solving the problem.

The presidential candidate lamented that for “Seven months, there has been a strike.
He recalled that “They strike when I was a governor, I recalled also that what they were requesting is N3 trillion.

Do you mean Nigeria cannot pay that money in the last 12 years?
“Who is stealing the oil, how much are we talking about? N3 trillion. Throughout the month of July, our oil production is 183,000 barrels a day.

“We are making 717 barrels, In a month 22,227 or there about. You can use that to get N2,445,000,000. That’s over one trillion in a month ASUU strike will end in a month. There is something wrong. Learning and listening complement leadership.

“If the leader is doing the right thing everyone will follow. We cannot stay like this. The biggest asset we have in Nigeria is land. No country has that kind of land and goes hungry.

This country must move from consumption to production. I just told you what we can do in one month to solve the ASUU strike, ” Obi said, adding, “If people are refining the oil illegally, let’s call them, integrate them and work together for the betterment of Nigeria.

“If people don’t want you, go home. The election next year will not be on a party basis. It will not be about religion. It is not my turn. There is no turn. It will be on competence, capacity and ideas,” Obi added.