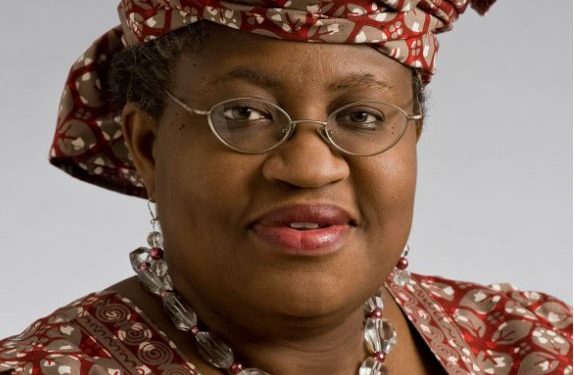 Paul Nwabuikwu, the Spokesperson for Dr Ngozi Okonjo Iweala, says his principal will ensure more industrialisation in Africa and Nigeria if appointed as the Director-General of the World Trade Organisation.
He said the emergence of the former Nigerian Minister of Finance and Economy would mean a greater representation for developing countries including Nigeria.

It had earlier been reported that the President, Major General Muhammadu Buhari (retd.), on Monday assured Okonjo-Iweala, that he would do all within his power to ensure that she became the first woman and first African DG of the global trade organisation.

“I assure you that we will do all that we can to ensure that you emerge as the Director-General of WTO, not only because you are a Nigerian, but because you are a hardworking Nigerian. You deserve this,” the President had said while receiving the former World Bank director at the Presidential Villa in Abuja.

The WTO had last Thursday disclosed that Okonjo-Iweala and Yoo Myung-hee of the Republic of Korea advanced to the final round of consultations which will determine the next WTO DG.

The spokesperson said Okonjo-Iweala has made tremendous progress in the WTO DG race, noting that the chance of her becoming the next boss of the global trade organisation is “50/50”.

“It is very significant that the European Union backed the candidacy of Dr Okonjo-Iweala even over the former British Secretary of State for International Trade, Dr Liam Fox. It gives an idea of how much progress she has made, and I think it is something to be happy about.

“The prospect is 50/50 because we have two people left but I suspect that it is even better than that because she got the very support of the European Union. Having got to this point, she has a very good chance of emerging the DG of the World Trade Organisation. But it is not over until it is over.”

He unveiled some of the plans of his principal if appointed, saying, “Her emergence in so many ways will be excellent news for Africa and for the global south which we belong to.

“For a long time, third world countries and developing nations have consistently complained that the rules of global trade don’t favour them. Having one of our own up there means at the very list that there will greater attention to the issues that concern us.

“WTO under her leadership will look at certain fundamentals and Africa will be encouraged to produce more and to process more of what it produces.

“We are not going to be like accidental players, but we will actually be there because Dr Okonjo-Iweala is very passionate about Africa and the global south.”

By advancing two women to the final round of the selection process, the WTO is set to have the first female director-general in its 25-year history.

The third and final phase of the consultation process will begin later this month and run until November 6, after which the WTO will name a consensus winner of the race.

May & Baker pharmaceuticals to employ more youths in South-East, South-South