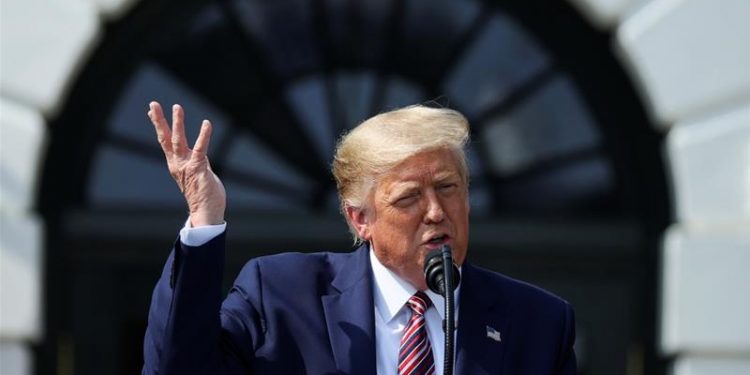 0
SHARES
27
VIEWS
Share on FacebookShare on TwitterShare on Linkedin
US President Donald Trump signed an order Thursday that will ban Americans from investing in Chinese firms that could help Beijing’s military and security apparatus. The executive order said the Chinese government obliges private firms to support these activities and through capital markets “exploits United States investors to finance the development and modernization of its military.”
The ban takes effect January 11 just days before Trump’s presidency ends and is the latest move in increasingly tense US relations with the Asian power. Investors have until November 11, 2021 to divest any holdings in the banned companies, according to the order.
Trump declared a national emergency saying American investors are helping China “to directly threaten the United States homeland and United States forces overseas, including by developing and deploying weapons of mass destruction, advanced conventional weapons, and malicious cyber-enabled actions against the United States and its people.” The prohibition targets a list of 31 companies, including telecoms, aerospace and construction firms, according to press reports.