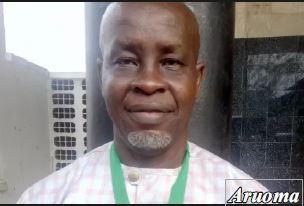 The 6th president of Umuahia Chamber of Commerce, Industry, Mines and Agriculture (UCCIMA), Chief Chidi Nkem Aruoma, has chided the federal government for the recent hike in fuel pump price.

Aruoma who made this known to Journalists in Umuahia, Abia state, appealed to the government to encourage the growth and success of Small and Medium Enterprises (SMEs) because it is the foundation through which any economy can thrive, while calling for reversal of the pump price.

He decried the rising fuel costs will have a negative impact on SMEs since most micro-enterprises are dependent on power generating sets and hired transporters for movements of products.

The UCCIMA president pointed out that the hike in fuel pump price will reduce competitiveness of small businesses and entrepreneurs must make a series of decisions to sustain their business model, because fuel cost impact their supply and overhead expenses.

He further pointed out that the hike will put more pressure on small businesses because their profit margins would be constantly wiped out by the fuel price hike, adding that small businesses will have to keep a firm grip on the management of their resources to get through this period. He regretted that the economic policies of the federal government were not programmed to lift the commoners, but to further impoverish them.