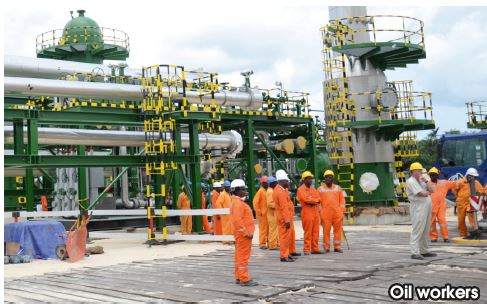 The volume of petrol supplied in the country declined by 23.88 per cent in July to 1.02 billion litres, according to the Nigerian National Petroleum Corporation.

The Federal Government imposed a lockdown on the Federal Capital Territory, Lagos and Ogun states on March 30 but a gradual easing of the lockdown began on May 4.

“The corporation has continued to diligently monitor the daily stock of Premium Motor Spirit to achieve smooth distribution of petroleum products and zero fuel queue across the nation,” the NNPC said in its latest monthly report.

Agusto & Co, in a recent report, noted that the impact of the COVID-19 pandemic on economic activities in the country resulted in a decline in the consumption of petroleum products.

The report said, “Agusto & Co. expects the consumption of petroleum products, particularly PMS and Aviation Turbine Kerosene, to decline to 27.2 billion litres in 2020 given the severely restricted travel and transportation activities during the second and third quarters of the year.

Nigeria, Africa’s largest oil producer, relies largely on importation for petrol and other refined products as its refineries have remained in a state of disrepair for many years.

The NNPC has, until recently, been the sole importer of petrol into the country for more than two years, after private oil marketers stopped importing the commodity due to crude price fluctuations, among other issues.

Under the Direct Sale Direct Purchase scheme, selected overseas refiners, trading companies and indigenous companies are allocated crude supplies in exchange for the delivery of an equal value of petrol and other refined products to the NNPC.

Gana: Why cry for a criminal, killer?

Gana: Why cry for a criminal, killer?