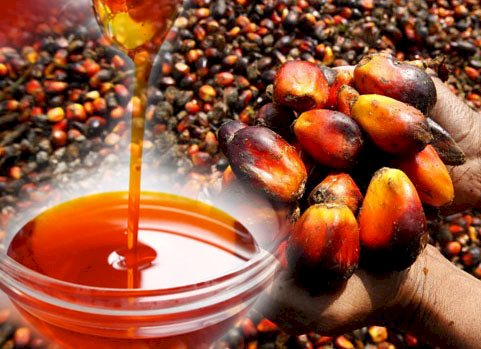 The price of palm oil at Akwata, Garki and Mayor markets increased as a five-litre keg of palm oil now goes for N5,000 as against N2,900 the previous week. A 70Cl bottle has also increased from N500 to N700 in the same period.

The survey also revealed that a 25-litre jerry-can of palm oil is now sold for between N22,000 and N24,500 as against N16,500 and N18,000 depending on its processing pattern and grade. Palm oil dealers, who spoke at the various major markets in the metropolis, blamed the increase in palm oil price on palm fruits season for its season had come to an end. Mrs Naomi Ijele, a palm oil seller at Akwata Market said that price of oil as at Sept and down the months was between N300 and N350 per 70cl bottle.

Ijele added that a 25-litre then went for between N10,500 and N11,000, when it recorded production increase from July. “The scarcity of palm oil fruits has led to less production of oil thereby causing the increase in price of the commodity,” she said.

According to Patience Onuh, another seller of palm oil at Akwata Market, a 25-litre jerry-can in major markets in the metropolis goes for between N24,000 while in the villages where most of the oil is produced stands at N19,500.

However, Mr Ify Ochulugha, another palm oil dealer at Garki market, expressed the hope that the price of the commodity might remain relatively stable. Ochulugha said that there was much production of palm oil during the harvest season as it would make it available for sale until next season.

“I am hopeful that the price of palm oil will not increase further than this because many producers were committed in palm oil production this year,” she said. A buyer at Mayor Market, Mrs Madeline Ikem, said that the price was becoming unaffordable for many families.

“Buying 70cl bottle of palm oil for N700 is too high as many families cannot afford it,” she said. The traditional Palm oil processing techniques, prevalent in Enugu rural communities, make the commodity have tasty flavour admired by dealers and consumers nationwide.