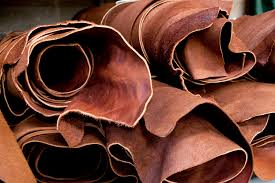 Members of the Indigenous Manufacturers and Dealers of Footwears Association of Nigeria (IMADEFA) have lamented continuous neglect by successive governments, noting that the Nigerian government has favoured their Chinese counterpart over them.

Speaking during the association’s 15th anniversary and first award ceremony, the chairman, IMADEFA, Mr Chijioke Obiora said from time government hasn’t been fair to them.

“Some years ago, many of our leaders established shoe manufacturing factories in Nigeria for the production of shoes. When they began we were excited but because the Nigeria government is ignorant of what is going on in the shoe business they began to allow Chinese import finished goods in large quantity and they also started selling at lower rate so it affected our business and many of the companies folded up.

“We have about 12 shoe production companies now and five are working in full capacity but those five belong to Chinese people while those opened by Nigerians couldn’t succeed and they instead went back to buying and selling because of the cost of doing business here,” he said.

Also speaking, the chairman of the event, Afam Obih, said Nigeria has one of the best leathers in the world but the greatest challenge shoe makers are facing is electricity. “China shoes are mass produced that’s why it doesn’t last long but because we lack the necessary infrastructure to move the industry forward we patronise China.
On his part, the Secretary, IMADEFA, Richard Okonkwo said if government supports manufacturing of locally made shoes, it will create employment for a lot of people.