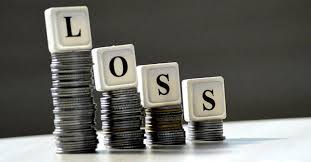 This contrasts with their profitability scorecard in 2019, where the firms made a combined profit of N1.3bn in the nine-month period.

Transcorp Hotels Plc reported the biggest loss in the nine-month period, posting a N5.6bn loss from N683.8m profit in the same period a year ago.

Its revenue dwindled by 53.7 per cent to N6.7bn from N14.6bn, according to its unaudited financial statements obtained from the Nigerian Stock Exchange.

Ikeja Hotel Plc posted a loss of N1.4bn for the nine-month period ended September 30, down from the N429.1m profit recorded in the same period a year ago.

Its unaudited financial statement showed that its turnover dropped to N3.6bn in the period under review from N9.1bn in the same period of 2019, representing a decline of 60.4 per cent.

Capital Hotel made a loss of N256.5m, compared to a profit of N221m it recorded in the same period last year.

The firm’s turnover plunged to N1.4bn in the period under review from N3.7bn in the first nine months of 2019.
Transcorp Hotels in September said it was diversifying its portfolio and reducing its workforce as part of its cost management initiatives.

This was due to the unprecedented losses it suffered, according to a statement by the Managing Director, Mrs Dupe Olusola.
Olusola had said, “The impact of COVID-19 on the business is like nothing the company has ever witnessed.