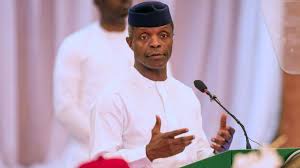 The Vice-President, Prof. Yemi Osinbajo, has said the oil production cut deal by the Organisation of Petroleum Exporting Countries and its allies has resulted in lower revenue generation for the Federal Government.

Osinbajo said on Tuesday that the Ministry of Petroleum Resources had a mandate to drastically reduce the unit cost of crude oil production in the country to increase government revenue.

“It is imperative that in our current era of scarce resources, we should aim at a unit cost of production in single digit,” he said at the 38th Annual International Conference and Exhibition of the Nigerian Association of Petroleum Explorationists.

The Vice-President, who was represented by the Minister of State for Petroleum Resources, Timipre Sylva, said the collapse in crude oil demand due to the COVID-19 pandemic caused the recent sudden slump in oil prices.

“The low price and OPEC+ crude oil production curtailment has largely resulted in lower revenue generation for the government,” he said.

Osinbajo expressed confidence that the country would achieve the desired goal of finding more hydrocarbon deposits in the Nigerian basins, notwithstanding the curtailment in production.

He said, “We have the assurance that production curtailment will soon be over as the world economy improves. To grow our reserves, we have proposed fiscal incentives that will attract the investments in our basins in the Petroleum Industry Bill.

“In addition, the fiscal provision for gas business will be one of the most attractive in Africa.”