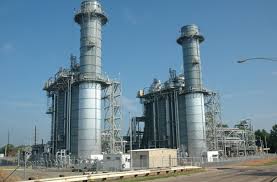 The Nigerian Electricity Regulatory Commission (NERC) has disclosed that 59.6 per cent of electricity consumers in the country were still on estimated billing as at March 2020.

NERC made this known in its ‘First Quarter 2020 Report’ which was obtained by our correspondent in Lagos. The regulatory agency said the huge metering gap for end-use customers remained a key challenge in the industry.

“Thus, 59.61 per cent of the registered electricity customers are still on estimated billing which has contributed to customer apathy towards payment of electricity bills,” the report stated. However, compared to the fourth quarter of 2019, the number of registered and metered customers increased by one per cent and eight per cent respectively.

NERC said the increase in registered customer population was due to the ongoing customer enumeration exercise by electricity Distribution Companies (DisCo). The regulator said that through the exercise, unregistered consumers of electricity were brought unto the DisCos’ billing platform.

It also attributed the increase in metered customers to the rollout of meters under the Meter Asset Provider (MAP) scheme. The regulatory agency said all the DisCos recorded progress in the metering of their electricity customers as of March 2020, compared with December 2019.

NERC said it would continue to monitor the DisCos’ implementation of the MAP scheme to meet the target of closing the metering gap in the Nigerian Electricity Supply Industry (NESI) by December 2021.

The commission added that it had, during the quarter under review, approved more preferred MAPs for DisCos that had finalised their MAP’s procurement processes, thereby increasing the number to 29.