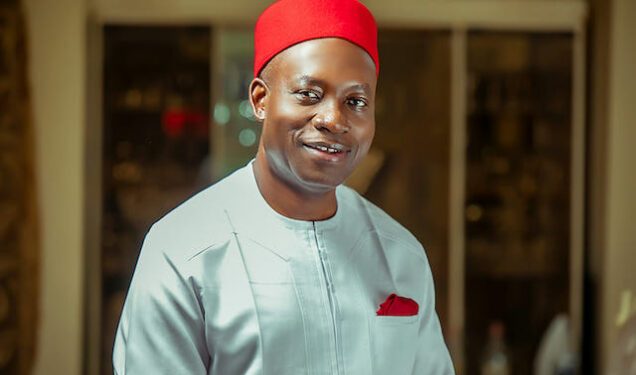 The Body of Patrons (BOP), BoT and Stakeholders Group at the popular Onitsha Bridgehead market have commended Governor Chukwuma Soludo of Anambra State for Restoring the Rule of law, appointing a New Caretaker Committee and recognizing the Board of Trustees(BOT) in the market through the office of the Commissioner for Commerce and Industry, Dr Obinna Ngonadi.

They also vowed never to forgive the former Commissioner for Trade, Commerce, Markets and Wealth Creation, Hon. Uchenna Okafor, for allegedly using security operatives and disobedience to court order, to intimidate and frustrate most of them to poverty.

In a press release issued while briefing newsmen in Onitsha, the traders lamented the hardship they went through in the hand of the former Commissioner.

The traders who were represented by Chief Okey Ojimba, as chairman, Chief Cyprian Umeh, Secretary and comrade Peter Okala, Public Relations Officer, PRO, for the body of patrons, Board of Trustees, BOT and stakeholders respectively that signed the press release paid glowing tribute to Governor Soludo, prayed God to always guide and protect him, for picking Commissioner Ngonadi, to rescue the traders in the Bridgehead market and the entire markets in the State.

They said: “We would never forgive the Commissioner or forget the pain, anguish and man’s inhumanity to man suffered in the hands of the Commissioner through the Leadership of Mr Sunday Obinze, and others, who were sacked by a court of competent jurisdiction and unfortunately, they were restored to the same office, by the former Commissioner.”

They recalled that the Onitsha high Court 3, Presided over by Hon. Justice, D. A. Onyefulu, made an order forbidden the conduct of an election into the offices of the executives of Bridge Head market Traders Association, on 16th April, 2019, and another valid order on the 4th February, 2021, nullifying such elections which were conducted in flagrant disobedience of her order of 2019, by Sunday Obinze-led executive.

According to the Stakeholders, in order for the former Commissioner to protect his Involvement at the Bridge Head market, in a mock obedience to the said court order, returned Mr Sunday Obinze, and all his executives to the same seat as Caretaker Committee members.
They later carried out an election and elected him, (Sunday Obinze), as the President General, to hold office till 2025.

They alleged the diversion of Anambra State Government Revenue (IGR) within the period under review adding that then traders paid for about four years without issuance of government receipts, as the former Commissioner gave them backing, thereby depriving the Government from generating enough money from the market.

The Stakeholders also alleged: “We traders suffered untold hardship in the hands of the Commerce Ministry, headed by former Commissioner Okafor, (a.k.a Wiper), we were intimidated in droves by the use of security agencies for enforcement on potential defaulters, hundreds of millions of naira worth of government revenue, found its way into private pockets and a host of others became rich overnight and proud owners of choice properties in and outside the state,.

“The same level of Impunity negatively affected many other markets in Anambra State. The estwhile commissioner planted stooges in almost all the markets in Anambra State and was becoming increasingly rich by the day, court orders were not regarded, even court ballifs were attacked on delivery of court papers by the so called market associations leadership,” they alleged.

Commending the Governor further for appointing Hon. Ngonadi, as the new Commerce and Trade Commissioner, the tradets said that the solution to their problems has come, hinting that within barely six months in office, the Government has demonstrated that Liveable and prosperous home land is possible in every department of our collective life.

They also said that, “The appointment of Dr Obinna Chima Ngonadi signaled a positive signpost of change, which translated into the political will to dissolve over 32 flawed markets and subsequent replacement with competent and well qualified to, with a specific instructions of resolving all dispute and bringing back sense of industry which was the secret of success as a People, and preparing ground for transparent leadership and general elections.

“The body of patrons, BoT led by Hon Emeka Ilonze (Afunzebieokwu Ojoto) and stake holders in Bridge Head Market Traders Association, is particularly touched by the restoration of rule of law not only at Bridge Head Market Onitsha, but in all the markets in Anambra State.. Worthy of note is the wisdom of the Hon Commissioner for Commerce and Industry, Dr Obinna Chima Ngonadi, not only resolving all the crisis created by in various markets with the letters of the law, but returning market association to their owners who are the Board of Trustees (BoT),” they explained.

They however disclosed that, while all interest groups were mounting all kinds of pressure on the Hon. Commissioner, he issued a directive that Mr Sunday Obinze , should hand over all the properties of the Bridge Head Market Traders Association, to the BoT members who were at that material time, in their various shops, stating that it was the reason the body of patrons, BoT and all stake holders, welcomed with both hands, the subsequent appointment of a young, energetic and qualified trader, Mr Chinedu Ezekweike, as the present chairman, (caretaker Committe), President General, of Bridge Head Market Traders Association, (BHMTA) pledging that he would receive maximum support from the traders.

“With our support the new caretaker committee will do well. I built the market hall without tasking anyone during my tenure 2009 – 2013 as President General BHMTA but since I became BOT chairman previous government did not recognize us except Soludo’s administration”, Ilonze quipped.

Web based Tools For Online Effort

Web based Tools For Online Effort