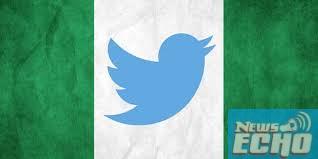 They say the world has become a global village. What it means is that you can be in Ariaria market in Abia state and buy goods from China without travelling there. It also means you can network with people and be part of the global community through technology. Social media and micro blogging sites in the past fifteen years have played a key role in the development of this ‘globalness’ the world now witnesses today. As a country of more than 200 million people, constituting the most populous black nation earth, Nigeria should be in the thick of things.

In a press statement on Wednesday signed by the Director-General of the National Information Technology Development Agency and Chairman Technical Committee Nigeria-Twitter Engagement, Kashifu Abdullahi, President Muhammadu Buhari lifted the suspension on micro blogging site, Twitter. The Federal Government asked Twitter to fulfill some conditions before restoring its services. These conditions addressed legal registration of operations, taxation, and managing prohibited publication in line with Nigerian laws. Minister of State, Labour and Employment, Festus Keyamo, SAN, says Nigeria is better off with all its conditions agreed by Twitter. After 222 days of twitter’s suspension, who lost-Twitter or Nigeria?

In 2021, there were approximately 43 million social network users in Nigeria, and this figure is projected to grow to 103 million users in 2026. Nigeria had about 33 million active social media users as of January 2021. WhatsApp is the most popular platform used in the country, with over 90 million users according to Statista. About 61.4 per cent of Nigerian social media users use Twitter, 86.2 per cent use Facebook, 81.6 per cent use YouTube, 73.1 per cent use Instagram, and 67.2 per cent use Facebook Messenger. Little reason why On 5 June 2021, when the Nigerian government officially put an indefinite ban on Twitter, restricting it from operating in Nigeria after the social media platform deleted tweets made by President Muhammadu Buhari warning the south eastern people of Nigeria, predominantly Igbo people, of a potential repeat of the horrid three year civil war and alleged that the micro-blogging site was being used to undermine “Nigeria’s corporate existence” through the spreading of fake news that have “violent consequences,” Nigerians cried and lamented because these 43 million social media users of which Twitter shares a huge part could no longer network for a varied number of purposes. The question was why killing a fly with a sledgehammer? In fairness to the federal government’s decision for the controversial ban, to what extent does social media affect a country’s unity and to what extent should the government regulate the social media in order not to be seen as an information dictator? The federal government has signed the freedom of Information Act into law. Did this account for anything when the decision was taken to ban twitter’s operations in Nigeria?

The economic aspect of the ban was another issue of great loss to Nigeria as a report on the cost of internet shutdowns in 2021 estimates that Nigeria lost $1.45 billion as a result of the seven-month Twitter ban, making it the second worst hit country by an internet shutdown last year. Nigeria’s loss was three times more than those of Ethiopia, Sudan, and Uganda combined. Another report put the cost of twitter’s Shutdown to Nigeria with the latter N104.02 million ($250,600) every hour to the ban, bringing the daily losses to N2.46 billion.

But in his Independence Day anniversary speech on October 1, 2021, President Buhari sounded like all outstanding issues had been resolved, directing the lifting of the suspension if the organisation had met the government’s conditions. In fact, many headlines misled readers to believe the unbanning was with immediate effect. Even with the ban, many Nigerians still bypassed the system by resorting to the use of Virtual Private Networks VPN to access the micro blogging site. There was no real check and balance to ascertain who was bypassing the system or how to track users of the illegal VPNs. Another failure!

We will not forget the small matter of the October 2021 visit of the former CEO of Twitter Jack Dorsey to Nigeria and the huge expectation by Nigerians that twitter will site its Africa headquarters in Nigeria. He also visited Ghana in West Africa, Ethiopia in East Africa and South Africa, three years after a similar visit to Nigeria by Facebook CEO Mark Zuckerberg. Nigeria lost out Ghana won!n Think of the number of people who would have been employed as result of locating its Africa office in Nigeria? Think about the number of startups that would have emerged as a result of the services it would have rendered to the Nigerian business community which is predicated on the youths? Another loss!

An activist and social media commentator, David Hundeyin, on Wednesday, hit President Muhammadu Buhari for lifting the suspension on Twitter operations in the country, effective from 12 am, January 13, 2022. According to Hundeyin, Buhari has succeeded in massaging his ego for over seven months since he suspended the micro-blogging platform on June 4, 2021. He said, “The removal of the ban itself is not unexpected, because regardless of the Buhari regime’s posturing over the past seven months, it is in fact Twitter that always had the bargaining position. Nigeria needs Twitter and not the other way around.

June-Twelve,the Generals and the Doctrine of Killings