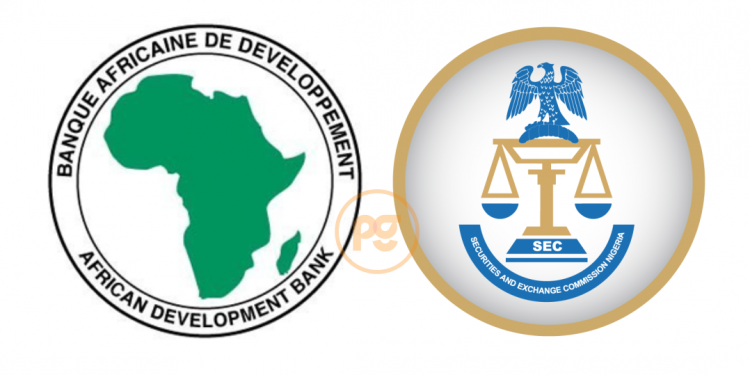 The African Development Bank (AfDB) Group and the Securities and Exchange Commission (SEC) have signed a 460,000 dollar agreement to support the acquisition, installation and deployment of an automated surveillance system to protect the capital market.

Lamin Barrow, the Director-General, Nigeria Country Department of the AfDB Group, said the grant was aimed at preserving and protecting the securities market integrity and boosting investors’ confidence.

Barrow said the surveillance system would also enhance SEC’s regulatory and supervisory oversight on securities trading in the country.

He said the implementation time-frame for the project would be two years.
Barrow disclosed that the total cost of the project was slightly less than one million dollars, saying that the bulk money which would be over 500,000 dollars would be contributed by SEC.

He said the grant was from the Capital Markets Development Trust Fund (CMDTF), a multi-donor trust fund administered by the AfDB and supported by the Ministry of Finance of Luxembourg and Ministry of Foreign Trade and Cooperation of the Netherlands.

According to him, the introduction of a surveillance system will enhance oversight securities trading across all existing and future trading platforms.

”Today’s ceremony marks yet another important milestone in our partnership and efforts to modernise Nigeria’s capital markets.

”It will also ensure that the market is well positioned to support economic transformation driven by private sector investment.

”The introduction of a surveillance system will enhance oversight over securities trading across all existing and future trading platforms and all tradable securities and products by the SEC.

”It will therefore preserve securities market integrity, boost investor confidence and enhance financial inclusion, among other expected outcomes,” he said.

Barrow said the Bank’s support for the project was derived from the Federal Government’s efforts to promote development of a competitive and liquid capital market supported by an enabling regulatory environment.
Lamido Yuguda, the Director-General of the SEC, commended the AfDB for providing the grant support to execute the surveillance system project.

Yuguda said a market surveillance system was required to aid SEC in detecting and addressing market abuses as quickly and efficiently as possible to prevent infractions.

He said that an automated market surveillance tool would enhance the Commission’s role in investor protection and ensure a transparent, fair and orderly market to reduce systemic risks.

Yuguda said the surveillance solution would also aid an increased impact on the Gross Domestic Products (GDP) through the capital market’s role in the efficient intermediation and allocation of capital to the real economy.
”The solution will aid creation of jobs, encourage savings and facilitate wealth creation as well as increased investment in the economy through Foreign Direct Investments (FDI).

”Your support and our collaboration underscore the Commission’s and the Bank’s mutual goal to grow the capital market and create viable avenues for sustainable economic growth for the country,” Yuguda said.
Ahmed Attout, the Manager, Capital Market Development of AfDB Group, said the implementation of the surveillance system project was expected to commence immediately.