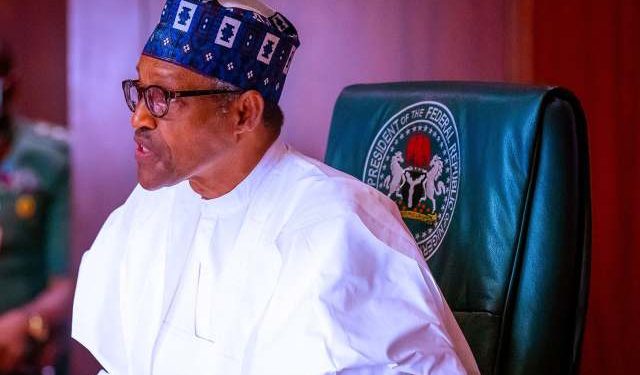 Buhari spoke at the 13th Extra-Ordinary Summit of the African Union Assembly of Heads of State and Government held virtually over the weekend.
Represented by Foreign Affairs Minister, Geoffrey Onyeama, Buhari expressed excitement about the start of the agreement.

The Nigerian leader said it was a fulfillment of the collective dreams of Africa’s founding fathers.
He stressed that any violation of the rule could affect trade relations, cause disorder, regional and geopolitical tensions and reduce economic growth.

“In view of Nigeria’s strategic role in our collective efforts to build the Africa we want, the Nigerian government has taken bold steps to ratify the AfCFTA.

“It is, however, pertinent to remind us of the need to preserve the agreed rule we are putting in place, to ensure that there is no breakdown or abuse of the rules based on the continental free trade framework.”
Buhari noted that Nigeria is aware of its role in deepening intra-Africa trade and making it a success.
He assured that Africa’s biggest nation remained open to working with all African nations.