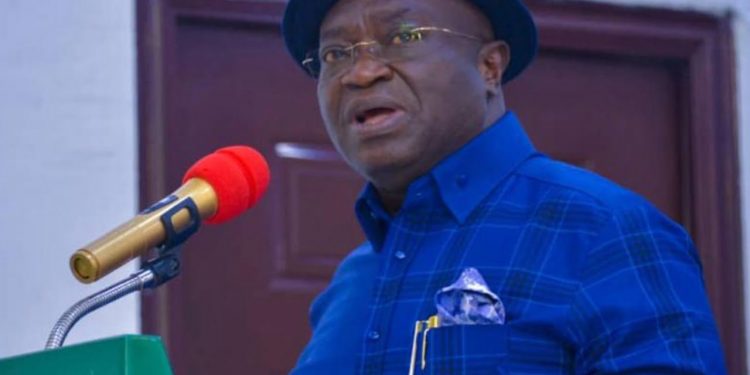 The Governor of Okezie Ikpeazu of Abia State has said that his administration has encouraged over 1000 businesses between 2015 and now.

The Governor stated this at Michael Okpara auditorium Umuahia on the occasion of the 2022 world SME day.

He promised that his government will continue to encourage and support more businesses as Abia is the SME capital of Nigeria.

Ikpeazu pointed out that his choice of SME as one of the cardinal pillars of his government was because of Abians’ talents in SME, adding that it was for that reason that his government decided to mainstream SME as well as dedicated the ministry of SME in the State.

Governor Ikpeazu stated that idea, funding and patronage are essential in SME development, and encouraged all who may want to venture into SME to think of the power imbedded in them, be willing to learn and act and also exhibit honesty.

He recalled that between 2015 and today, Abia State has consistently won national awards in the SME sub-sector while rewarding the awardee from Abia Mr Tochukwu Clinton Chukwueke who emerged the Access bank overall MSME of the year award with the sum of One million Naira.

The Abia Chief Executive also presented winners who were selected for their business proposals with start up funds ranging from 250- 750 thousand naira each.

Earlier in her speech, the commissioner Ministry of Small and Medium Enterprises Development Lady Adaku Oseiza pointed out that Abia is not lagging behind in SME development as Abia SME has scored many first including setting up the Enyimba Automated Shoe Company, establishing an SME bank tailored towards helping small businesses to thrive among others.

She noted that Abians have consistently won various categories of MSME annual awards, sponsored by the office of the Vice President, stressing that Abia SME under Governor Ikpeazu has made progress and could eminently pass the international best practices parameter set up by the United Nations.